Today I want to go back to 22 weeks pregnant.

When I first got knocked up, I had no doubt that I wanted to know the gender of my baby.  I HATE surprises to the very core of my being.

I am just one of those people that prefer to be excited about whatever that is impending.  It is hard enough to hide details of a birthday party, what you bought me for Eid, even what restaurant you are going to take me to for dinner… And you expect me to wait 40 weeks to find out whether I’m having a girl or a boy???

Um. Not happening. Thank you very much.

The Hubz was less than enthusiastic given that he wanted to be surprised. I am a planner by nature and this is one of those things that I feel is such a huge change in life that I don’t think I could just go on for nine months! I mean if curiosity kills the cat, I’d be dead before long.

The planner in me wanted to get things ready. I’m not one of those parents that wanted gender neutral everything, I’m not saying I wanted to dip dye everything pink or blue, but I’m okay with buying a little pink or a bow tie ahead of time. What with the way my pregnancy was panning out, I didn’t know how much effort I could put into putting together the final touches in the nursery, the baby’s clothes or other essentials. So it was imperative that I know. After much coaxing, the Hubz came around.

By now you know that I don’t lose an opportunity to celebrate life small joys, this was no different. Let me tell you how it went.

I had a ultrasound appointment booked for the 22nd week of my pregnancy. It was supposed to be an anatomy scan at which point the ultrasound technician would be able to determine what the gender of the baby was going to be. However I didn’t want to find out without having my family and friends there. Now this is a little bit of a tricky situation because how many people can you fit into an ultrasound exam room? So this is how I decided to do my gender reveal.

The day before my ultrasound, I called my favorite Bakery, Swirl’s Cupcakes and asked if they could prebake a simple cake and not ice it. The idea was that I would get the ultrasound technician to write down the gender of the baby on a card and seal the envelope. Then I would take the envelope and give it to the Baker who would ice the inside of the cake either pink or blue depending on what the card revealed. Then I would take the cake home and cut it in the presence of close friends and family.  Swirls was super excited about the idea and really did a fantastic job of the design! 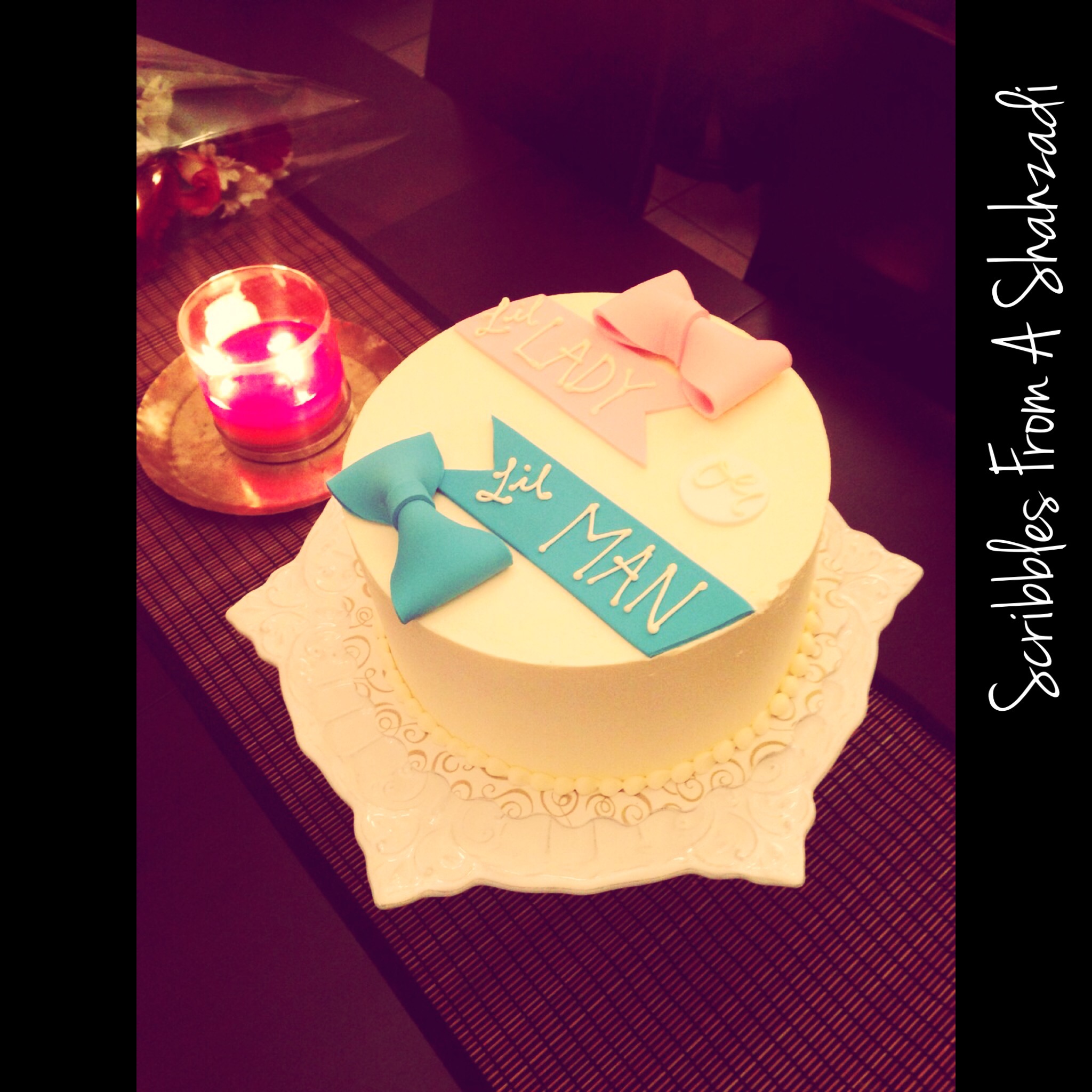 I know I didn’t have to do it this way, however I am the type of person that likes to make memories whenever possible.  When I got home that night after the appointment with cake in hand, our close friends and family were already at my moms house waiting for us to make the big reveal.

We had a little poll and each person either picked team boy our team girl. In our in-home poll, team girl won by a large margin. Now it was time to actually cut the cake to see who was right! 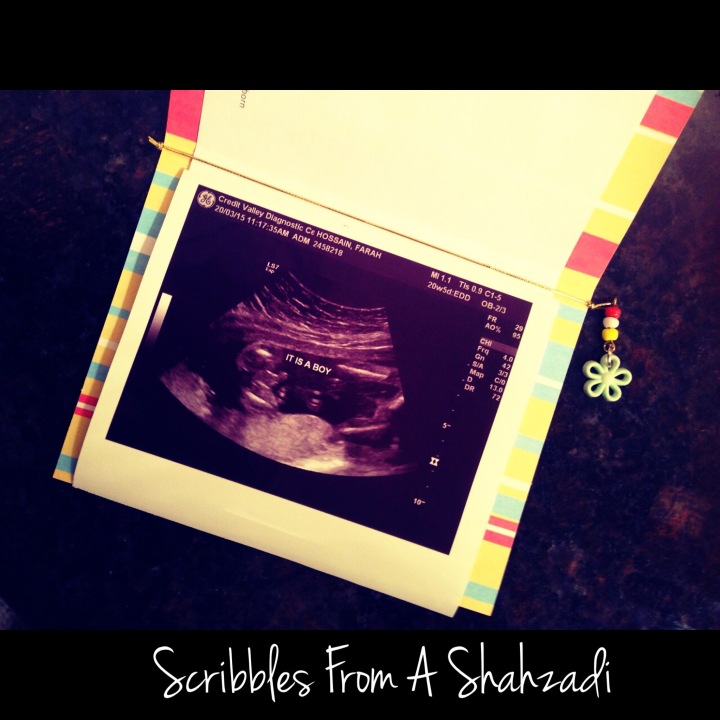 The first thought when I cut the cake, I was extremely surprised! I was actually on team girl. It was just that girls are all I knew. Not that I was unhappy, having a boy was going to be the most amazing ride of my life. Something that the planner in me was going to find really challenging as I had no prior knowledge of how to raise a boy, given the overwhelming majority of girls in my family.  Either way, I was happy, the Hubz was happy. And we all got some really yummy cake out of it! Not to mention some tasty biryani by my mom!

Any excuse to celebrate the little joys in life!

One thought on “Preggo Diaries: My Baby’s Gender Reveal”

This site uses Akismet to reduce spam. Learn how your comment data is processed.

The last month of the last year of the decade.  On the cusp of the new year, I was on the path to preparing for a successful start to January.  November had created a great foundation for me to start December off well, but as it were, I am not the master of my own […]

Tips for Getting Teacher Gifts – Holiday Edition & A FREEBIE

Are you one of those folks who always struggle to figure out just what to give your kid’s teacher for the holidays? ME TOO. This year the struggle is real because this is the first time Azu has teachers! He never went to daycare so this will be our first time giving his teachers gifts […]